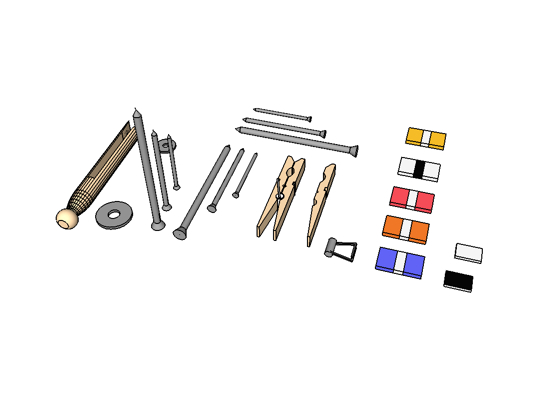 The Silent Game; an Interactive DesignPLay

In the book titled “Conversations with Form the idea of ‘DesignPlay’ is introduced and seven different examples are given in increasing complexity.  These plays are basically solo plays that you can do to develop your skills in form making. In it, form transformation is considered as the basis for form making.

Conversation with Form can be seen as providing the basic skills with which you can do Interactive Plays where a single form is the  product of cooperation among two or more designers, or of distribution of design tasks among them.

The Silent Game that is the subject of this post is from a study funded by the National Science Foundation USA titled ‘Concept Design Games’ long before the idea of DesignPlays was known. It is, however, an excellent introduction to Interactive Plays and is easy to set up and play with, but less easy to be played well.

Try your hand at this play with pieces of your choice.

I intend to discuss more interactive plays in this website.

« An interactive stacking play
This Site as Public Forum »