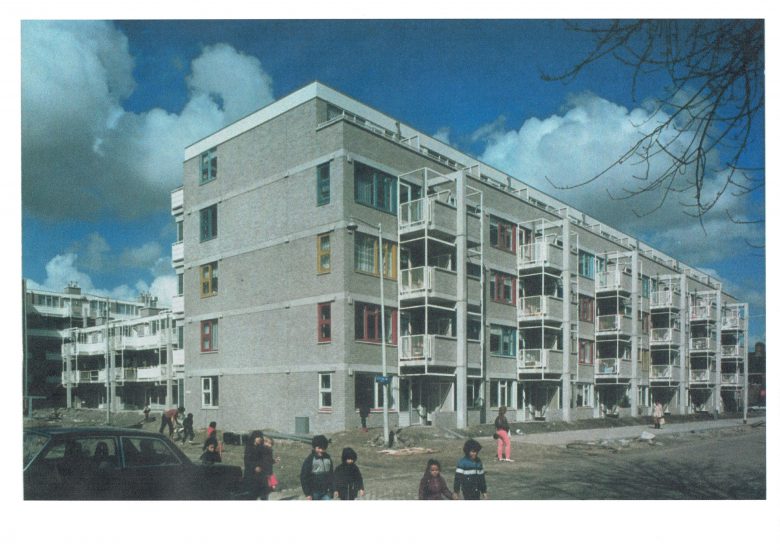 On a plot in the district ‘Zuidwijk’ of the city of Rotterdam 152 rental apartments have been built for singles and couples, young and elderly: 115 two-person units of 48,60 m2, 32 one-person units of 41,85 m2, and 5 larger MIVA units for disabled people, all spread around a courtyard in 2 blocks of three floors and 2 blocks of five.

The owner, housing association ‘Tuinstad Zuidwijk’, wanted a support structure to allow the change of small units into bigger ones later on, what happened in 2004. For the renters they wanted a free infill of their dwellings to favor different ways of living.

The Keyenburg project (1985) was quite different from our previous support-infill projects Molenvliet (1978) en Lunetten (1981). It had a particular focus on cost saving by a simple building construction, a new infill cost calculation and a stringent application of modular coordination (MC) including building metrology. It has been the first official pilot project of a new Dutch MC standard, the NEN 2883.

It also applied new tools in the process of design and participation. The full scale infill model of the Eindhoven University has now been utilized very realistic in a hall near the building site and the office where the user consultation took place. And above all, a new computer program related drawings directly to cost and rent calculation so that users could decide immediately about infill and rent.