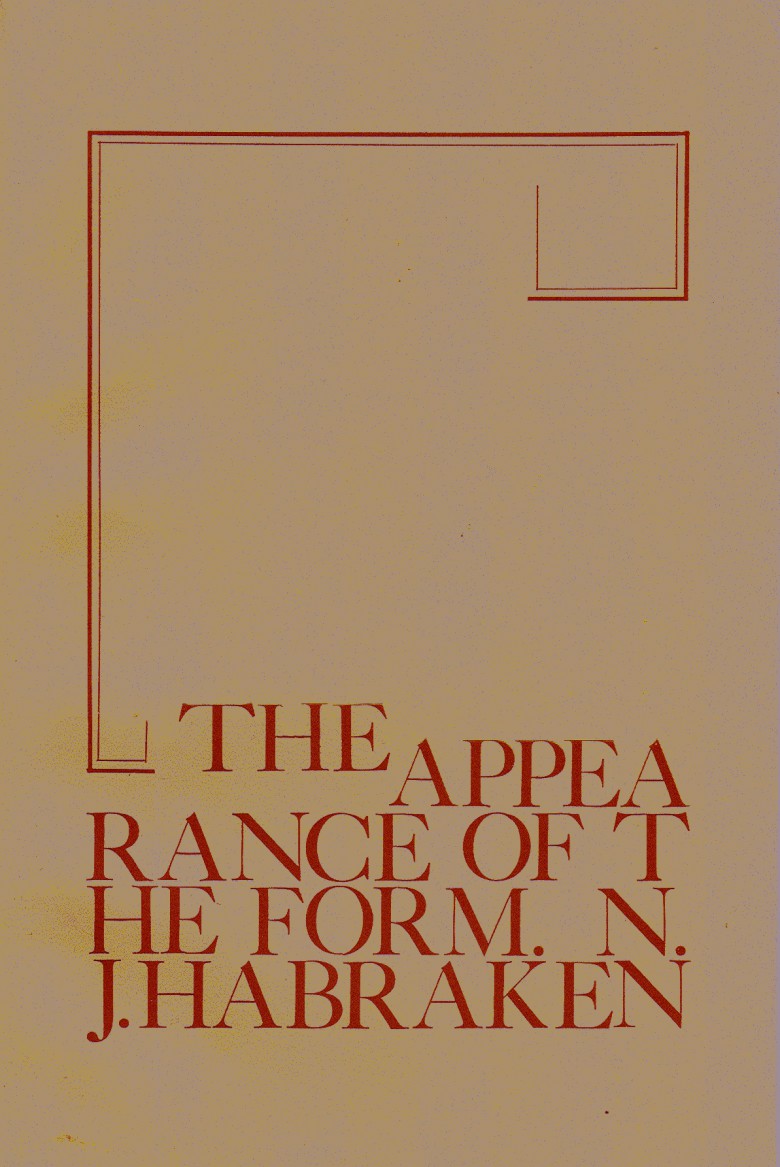 The Appearance of the Form, an e-book

The subtitle of this small book is: “Four essays on the position designing takes between people ands things”.

Most things that we make and use cannot be identified with a single person as “the designer” as we know such a person today. They often are sophisticated and complex objects.  The book is about how such objects emerge as the product of a social process of making and using.

The process itself can be considered a design proces,. but there is not necessarily a document that we can call “the design”. Examples are given like the one about the visit of the writer Michael Lenehan to the Steinway piano factory when, after following the entire process of production in great detail, he wanted to see the design of the Grand Piano and was told there was none.

The book seeks a model to describe how a complicated form may emerge in a step by step journey  , beginning with a dream in the mind of people  towards the end where the full object exists in the world. It also argues how particularly everyday things that we take for granted exist in that way, and how:

“like Flying fish emerging from the dark waves to glitter for a moment  in the sunlight,  the designed forms, visible in the stark light of explicit discussion must, eventually, disappear in the vast realm of the self evident: the domain of silent understandings which is unquestioned and secure; the domain from where designing rose in the first place.”

This book was privately published in the eighties because a publisher seemed difficult to find and I wanted my students to read it. It is now available as e-book via Amazon.com, Bol.com and others.

« A village in the Egyptian desert
The Grunsfeld Variations »