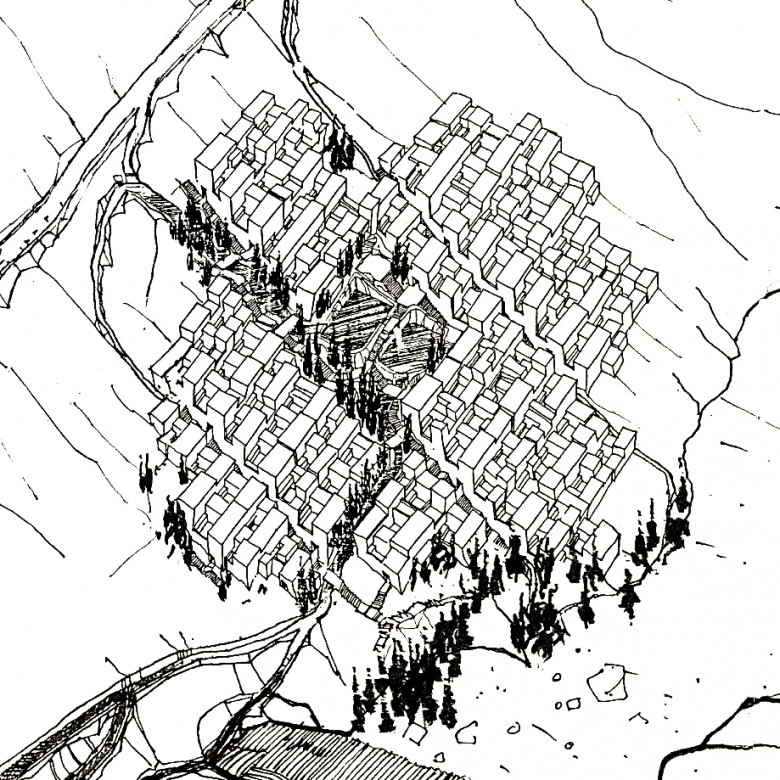 The study as shown in the attached pdf document  is worth close scrutiny for its inspired and fully controlled way fo working:

The design process is subdivided in six phases; Different levels of intervention are distinguished allowing different parties to operate on their own level; There is a systemic variety of dwelling unit sizes by exchange of territory among initially same size units; A lower ‘fit-out’ level gives each unit the capacity of different distribution of functions as well as the possibility of change and adaptation over time; Local house typology is an inspiration but is not copied.

As such the study is a good example of the development of a high density environment within pre-determined principles of circulation and unit access. Apart from the specific local constraints that drive this example, the design approach as such is applicable to entirely different conditions.